Bolingey Barbarians were formed in March 1993 following an ad-hoc match that had been played between the Bolingey Inn and Perranporth RFC to raise money for Children’s Charities. As the match had been so successful it was agreed to form a Club and Register with Cornwall RFU. Players can only be invited to play for the Club and are mainly selected from Cornish Clubs.

The first match, as Bolingey Barbarians, was played against the then past Cornwall RFC Merit Table Holders Newquay 1st XV. Many an ex County player was seen gracing the turf at the Ponsmere Valley, Perranporth where all matches are played. For the first few seasons, fixtures were made with senior, junior and veteran teams were but with the advent of the league system player availability became more difficult and the club is now exclusively veteran.

At the end of the match players and spectators all retire to the Bolingey Inn where the old traditions of post match rugby take place. An excellent meal is served which, along with other nourishment, fortifies the renowned singing. It is during these sessions that monies are raised, by different means, for our selected charities.

Each season the Club selects an organisation that supports children’s causes and donates funding for specific items that will enhance the children’s well being. Only organisations in Cornwall are selected and the national charities are not considered.

Visitors are always welcome – so please do come along and support this worthy cause! 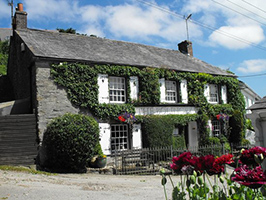